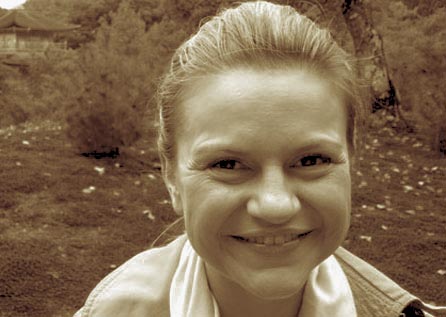 Svetlana Dimcovic is a bilingual Anglo-Serbian theatre director and translator. She has translated a number of plays from Serbian into English, which she has then gone on to direct. She has also directed a great deal of drama from Finland, Lithuania and Slovenia in translation. Here she tells us about the challenges of presenting foreign work on the British stage…

My translating work started organically as a dialogue with a Serbian writer whose work I really liked. Because I wasn’t living in Serbia any more, I saw it as a practical thing to translate it into English and put it on in England. As a director I’m interested in directing new plays and my translation comes out of the same area of interest: I can’t start to direct a new play here if it doesn’t exist in English.
As a translator, it’s challenging to remain totally true to what is on the page, and finding that in the other language. If there’s a joke or a certain phrase in the play, you have to find the right equivalent, but it’ll be a different form of expression. The first step is listening to the actual script you’re going to translate and understanding what it is. And I truly believe that if you’re going to translate a play, you’ve got to like it, because that goes some way to stopping even a subconscious attempt to either balance things out or improve it.
The act of translation is a conduit; it shouldn’t be an added layer of work. The script should travel. It’s similar when directing a foreign script: the script itself should travel between the two languages. The translator shouldn’t do anything but make it travel. It’s about staying true to that idea and not letting yourself become present in the translation.
I’ve often directed plays that I can’t read in the original. That’s very difficult if you have either a poor translation or no contact with the writer or feel for the culture that the play comes from. But if the writer is alive – in my case, they always have been – we can exchange ideas and get to the bottom of whether the translation is true to the original. The challenge is basically getting as close as you can to reading the original and then working from that point on. In a way you have to go backwards to go forwards.
Sometimes I read a play and it just stands out stylistically so much from other things I’m reading that I think: it’s got to be done. We’ve got such a diverse group of writers in Britain at the moment, but a lot of those new plays tend to be naturalistic; some of the plays that come to me from other countries are just so different. There is an artistic experiment going, which I think comes partly out of a culture that provides generous funding for theatre – writers are encouraged because there is investment.
I think that we should expose audiences to as much new, exciting stuff as is out there and that we should be brave in that, because audiences don’t always want to see something tried and tested. The responsibility is on us in the theatre to keep reading new plays from all over the world, because we never know where the exciting new play will come from.
Svetlana Dimcovic was talking to Jo Caird.